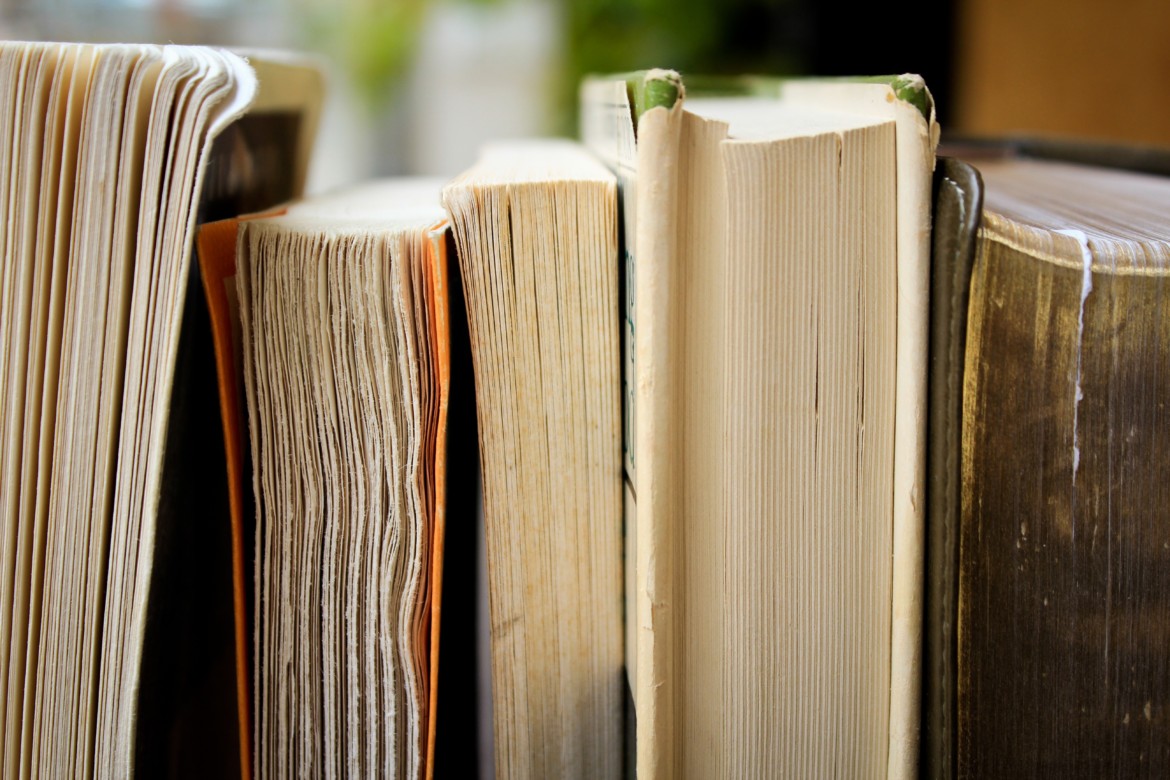 Iowan VanBaale talks pulling inspiration from your roots, the Midwest publishing industry and her upcoming novels

Kali VanBaale has a complicated relationship with the Midwest. The novelist grew up on a dairy farm, embraces her Midwestern roots in her writing and loves plenty of things about her home state, Iowa. There’s also a few things she hates. 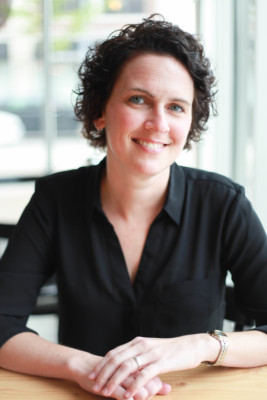 “The extreme conservatism and passive aggression sometimes wears me down,” VanBaale said. “And damn, I wish we had better seafood.”

Those things haven’t stopped VanBaale from writing about the Midwest. Each of her novels is set in the middle of the country and centered around the values and culture she’s infatuated with. Her books, The Space Between and The Good Divide, draw directly from her roots to create a setting that captures the charm of the flyover states. Her writing immediately transports the reader to a small-town Midwestern setting, no matter what their physical location. And people noticed: It’s earned her an American Book Award, the Independent Publisher’s silver medal for general fiction and the Fred Bonnie Memorial First Novel Award.

We sat down with VanBaale to talk about how landlocked states influenced her book, the setbacks of writing in the Midwest and stereotypes.

Urban Plains: As a Midwestern author, how much of your success do you attribute to your Midwestern roots?

VanBaale: Nearly all of it. I grew up in a pretty recessed area of southern Iowa, outside of a small town called Bloomfield. And I’m the daughter of dairy farmers, so my entire existence was built on the notion of simple, hard work. If I’ve learned anything it’s that natural talent, intelligence, industry connections, money—those things will only get you so far in the writing world. Plain, old-fashioned hard work is what gets writers over the finish line. I can’t tell you how many naturally talented writers I’ve worked with over the years that gave up writing because they didn’t seem to have the grit required of writers. That’s probably the greatest personality trait the Midwest has given me: grit.

UP: Reviews for The Good Divide praised your description of “farm folklore.” What impact did your farming background have on your writing?

KV: I grew up on a dairy farm that was first owned and operated by my grandparents, and then later by my parents and aunt and uncle. It was very much a family operation and multiple families lived and survived off it for over 40 years. That kind of dependence on the land beneath your feet creates a connection to place that I don’t think ever breaks for farmers, even long after they leave. And I definitely grew up with farm folklore—old stories, wives tales, superstitions and beliefs—that bleeds into my work even when I don’t realize it. But the influence heavily shapes my writing aesthetic, and honestly, I’m a better writer for it. 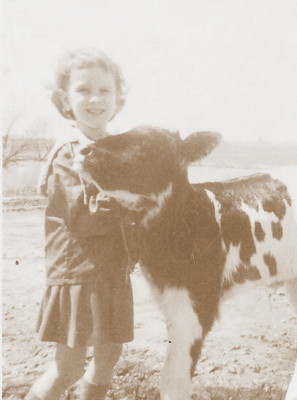 VanBaale’s dairy farming roots were the basis for her second novel, The Good Divide.

UP: Where did your inspiration come from for your first novel?

KV: The Space Between was inspired by the tragic events of the Columbine shootings in 1999. I was pregnant with my first child at the time and it was a scary event to watch unfold while staring over the cliff of parenthood. While my heart broke for the victims’ families, I couldn’t stop thinking about the parents of the two boys who committed the massacre. I became obsessed about what the inner workings of their families might look like, and soon after, I started writing The Space Between.

UP: What about your second book?

KV: My second novel, The Good Divide, was wholly inspired by my childhood on my family’s dairy farm and the complicated nature of farm life, but particularly of farm wives. While the story is fiction, I did draw heavily on actual details and events from my life.

UP: Is that hard, though, when so much of the publishing world is focused on New York, the coasts—basically everywhere but the world around you?

VB: It does feel like there’s a challenge to get published as a Midwestern author living in and writing about the Midwest. Aside from simply being cut off geographically to the East Coast—the epicenter of publishing—the Midwest is also often regarded as a “flyover state” with this peaceful, pastoral reputation, even though it’s a total stereotype. Midwesterners are certainly complex creatures with dark sides. We’re just as capable of being terrible people. We can be addicts, tell lies, make huge mistakes and hurt the ones we love. It’s just that we generally do it under the guise of politeness and manners.

UP: Is there any way to get away from that “Iowa nice” stereotype in the publishing world?

KV: There is a small movement embracing the grittier stories of the Midwest. The publisher of The Good Divide, Midwestern Gothic Press, is Midwest-based and specifically publishes dark Midwestern stories by Midwestern authors. There are also literary journals, like Midwestern Gothic and Storm Cellar for example, that embrace this aesthetic and have a rapidly growing readership.

That’s probably the greatest personality trait the Midwest has given me: grit.”

UP: How would your work be different if you had chosen different locations for the settings?

KV: I think I wouldn’t have as much self-confidence in my stories and my writing if I chose non-Midwestern locations or settings. When I write about Midwestern settings—whether rural or city—I feel it in my bones that I know these places and these people. I understand on a cellular level their strengths and weaknesses, their loves and traditions, their quirks and annoyances, what they say, and more importantly, how they say it. If I moved my stories to another geographical location I don’t understand as well as I do the Midwest, I think I would lose that intimate knowledge and confidence in my storytelling. Maybe someday I’ll tire of writing about the Midwest and try writing about somewhere else, but for now, I still have a full well to draw from.

Putting the Art in Heartland

The Whimsy of Home 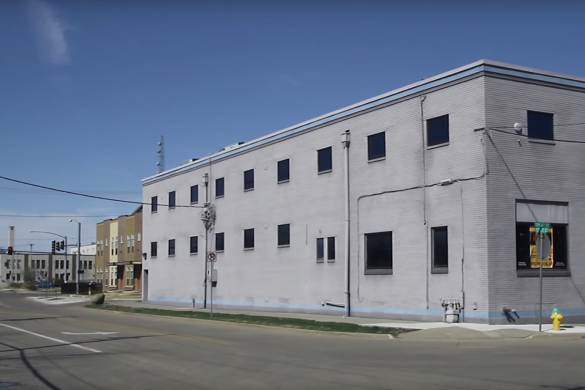 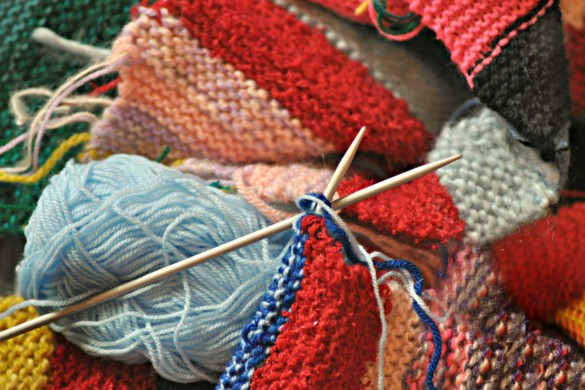 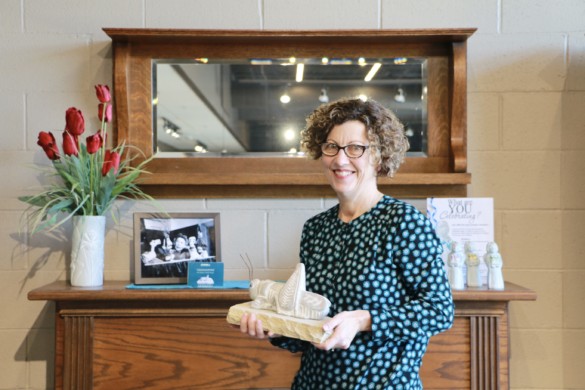 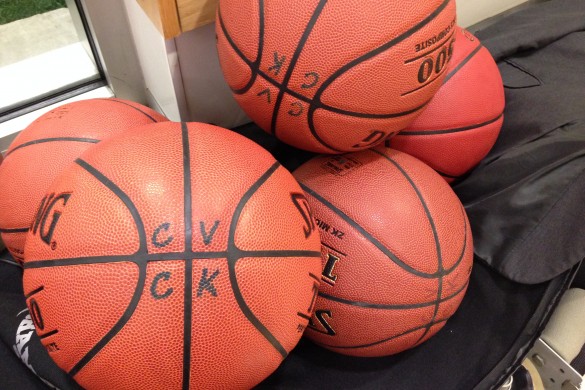 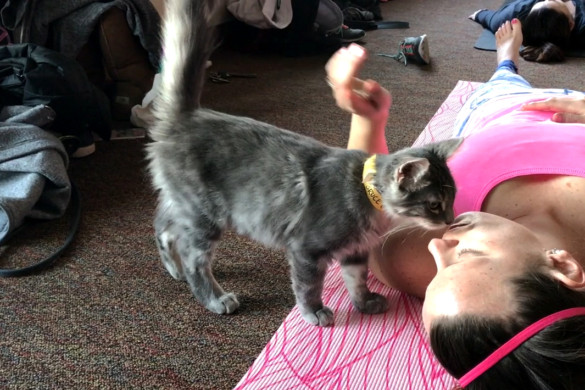 Yoga has gone to the dogs — and cats 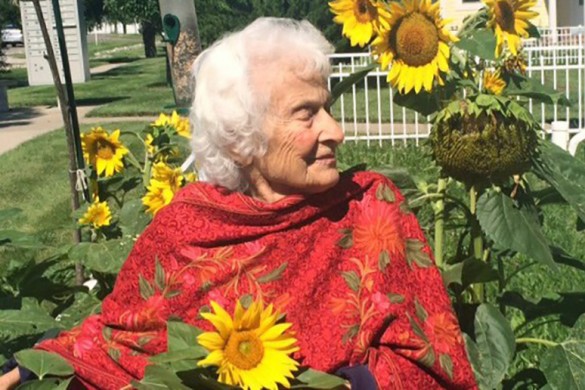 Transcendental Meditation and Ice Cream: A Conversation With a 94-Year-Old Hippie 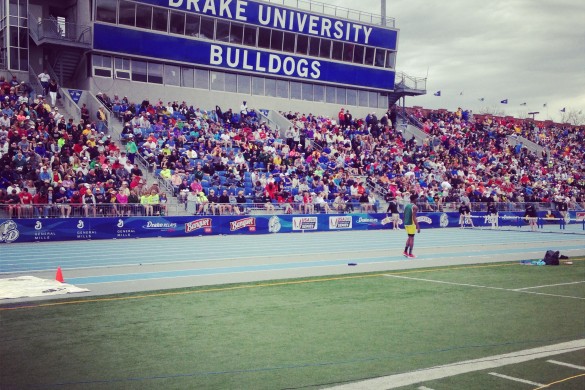 TOSS UP: On Location 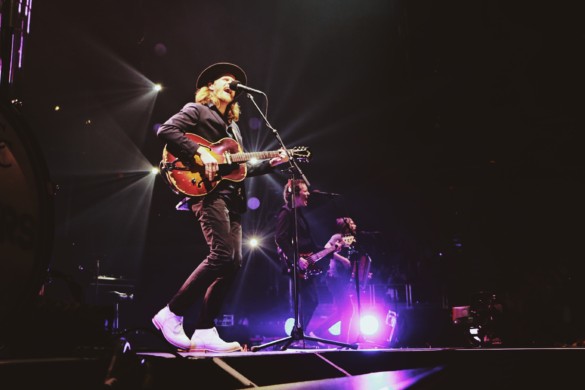 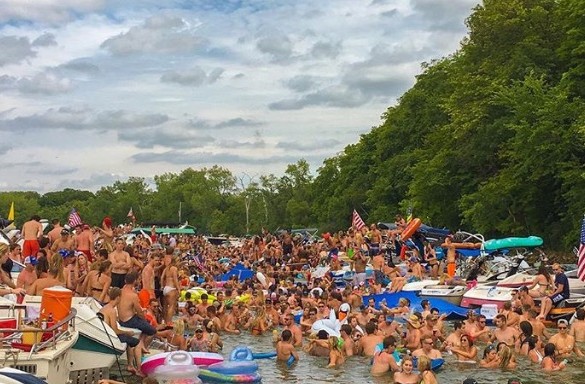 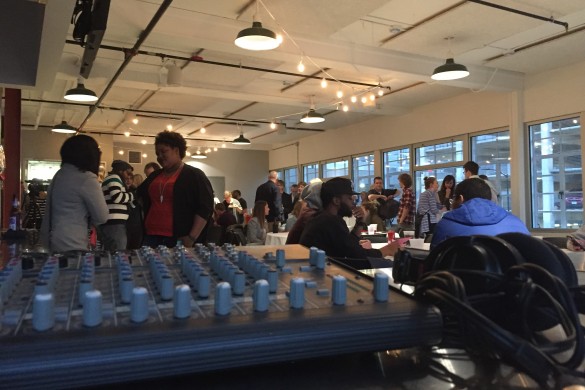 Listen UP! – On Location