Music is rapidly growing in the Midwest

For a split second the world seems to stop. Hands reach for the stars while heads are thrown back beaming with ear to ear smiles and eyelids pressed gently shut. Mouths are open in unison waiting patiently to sing the next lyric. Regardless of the artist performing, the crowd knows every word to their song. In that moment, 100,000 strangers are body to body, sharing that same, unforgettable moment. All the problems in the world seem to have diminished and the beauty of music brings everyone together as one.

It’s this powerful moment that fuels people’s passion for the music industry. Tobi Parks has been passionate about music her entire life. She decided to open a non-profit label, Station 1 Records, after she left her job at Sony in New York City to move to Des Moines, Iowa.

“I didn’t think very much about Des Moines before getting here,” Parks says.“I was totally blown away by how much of a community it was in a way that was really unique, and not something I had seen in other cities before.”

Parks had always wanted to have a nonprofit label since she viewed music as a community good. She wanted the label to be artist-driven rather than for profit.

Today, Station 1 Records manages, promotes and even distributes their Des Moines artists internationally. The mission states that it strives to “Support local talent, grow [their] creative industries, and build a platform to showcase the incredible talent this city has to offer on a national level…Building a solid arts infrastructure that is recognized on a national level that attracts and retains talent is vital to making Des Moines the destination ahead and never the city left behind.”

Thomas Kutz, Director of Operations, met Parks at the Station 1 launch party. He decided to quit his full time job as a transactional attorney to work with Station 1. The duo later on created “Summer in the City,” which is a full production concert that happens one day a month from May until August.

“We wanted to create a concert series that could go into these neighborhoods, connect our artists with international acts, and offer something free to the community,” Parks says. “It’s a way for our artist to generate revenue on their own.” Kutz agreed and added that it was also a community good.

Since it’s hard to raise money as a non-profit, the two thought of this also as a way to obtain income to help promote their artists and get them further connected. This was a way to raise money and stay true to the mission of Station 1 Records. Not only does this event raise money for the label, but also gives back to the community. The diverse talent they bring in helps expose new forms of art to different Des Moines neighborhoods.

The Midwest is being seen and heard by the music industry, whether it’s Summer in the City, Lollapalooza or Summerfest.

As a Wisconsin native, he always had this idea that if he wanted to see a show he had to travel to one of the major cities for an artist that was just passing through.

“When I moved here [to Des Moines] in 2012, there were more live shows going on per week in the Austin Airport in Austin, Texas than there was in the entire Des Moines area in a given week,” Kutz states. “The Des Moines music scene now is unrecognizable as to what it was in 2012.”

Kutz is beyond pleased that today a show can be found any day of the week. He believes that other areas of the Midwest are striking music and the arts just as hard. Living in the Midwest, there are business and tax advantages. Many producers and engineers are all moving here due to the cost of living.

The experience you get from attending a show or concert is unlike any other. What most don’t know is that the music business is a backbreaking industry, but the people in the business do it because of their passion for music and the arts. Thousands of people are employed and hold positions from management, production and operations to promotions and sales.

Josh Hammond, Kansas State University alumni, works at Press Here Publicity in New York City. As a publicist in the music industry, he works towards representing artists to the media and also pushes their music out for review. He has worked for artists like the Arctic Monkeys, Jack White, and even Sir Sly.

Hammond warns this industry has become difficult to successfully enter. In the beginning of his career, he took every free job he could. “This isn’t the most rewarding [job] in the publicist field…It’s important to be extremely passionate about music,” Hammond says. “This is a draining job, long hours, and low income. You do it because you enjoy the field you’re in.” He advises those looking for a career in the industry to reach out to anyone and everyone, hustle and think of creative ways to make a name for themselves.

People may be discouraged with the unpredictability of the music business, but it’s their passion for the industry that fuels their career choice. It’s people such as Parks and Kutz who are helping the music scene rapidly change in the Midwest.

Festivals in the Midwest:

Everywhere In Between: Episode 1 - Religion

Women of the Midwest: The Activists and The New Women 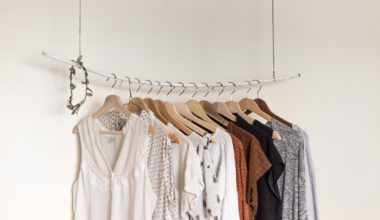