The Fight for Colby Cheese

One man made it his personal goal to make colby the state cheese of Wisconsin.

Matt Oehmichen is a man with many hats. He helps run an agricultural supply company, he sits on an advisory board to educate farmers about protecting watersheds, and he’s the announcer at high school football games. He does all of this while having a family. And none of that’s even the most interesting thing about the man. Matt Oehmichen’s life goal is to make colby cheese the state cheese of Wisconsin.

Oehmichen was born and raised in Colby, Wisconsin, the birthplace of colby cheese. His dad shipped milk from his dairy farm to the original colby cheese factory and fought to make the factory a landmark. Colby cheese is almost literally running through Matt’s veins.

We found Matt while on our quest for the perfect grilled cheese. We were leafing through a newspaper while waiting for an interview when we found Matt’s letter to the editor arguing for colby to become the state cheese. After some internet sleuthing, we found his email and set up an interview.

“It all started with—his name is Beau—he started it as a high school project,” Oehmichen explained. “His teacher said he had to reach out to a lawmaker, and I think the project was about invoking change to cultural Wisconsin. Something deep like that.”

Beau wanted to do something weird and different and decided to focus on cheese, being from Wisconsin. Beau soon found out that his town of Colby had a cheese named after it. He put together his project arguing for colby cheese to become the state cheese of Wisconsin.

The two people who co-wrote the bill, Senator Benier and Representative Kulp, thought it would be a fun, noncontroversial bill that both citizens and lawmakers could rally behind and bring an identity to all of Wisconsin.

“I already thought it was the state cheese,” Oehmichen says. He didn’t find out until two days before the Wisconsin Assembly meeting that this bill was even being argued. So in 48 hours, Oehmichen canceled all of his appointments and drove to Madison, in a major snowstorm, to argue for colby cheese.

“The main message is that we’re a land of cheeseheads,” Oehmichen says. “You go to a Packers game, there’s cheese wedge. When people come to visit, that’s one of the number one things that are gifted to somebody else—either a hunk of natural cheese or some kind of other cheese paraphernalia. If we’re going to have that designation, why shouldn’t we have a state cheese?”

During the Senate hearings, known for being strict and to the book, Oehmichen worked to bring in the Colby show choir to sing about their love of colby cheese while wearing cheese wedges. He also worked with local dairies to give out samples of colby cheese to the Senators. They loved it.

Unfortunately the state cheese bill did not pass. Many people argued that it would give colby cheese an unfair marketing advantage compared with other cheeses produced in Wisconsin. Some even questioned the point of adding a state symbol.

“Looking at Wisconsin, it’s all about the rural communities. They dot the landscape from border to border,” Oehmichen says. “And if you look at the different symbolism behind Wisconsin, there isn’t one that you can mark as specific and only to Wisconsin. But there is a cheese that is in the heart of the dairyland state, in the city of Colby where this cheese was created. And that’s why it should be a state symbol.”

The bill will have another round this next legislative session. In the meantime, Oehmichen is working to ensure the bill passes this time by working with groups like the Wisconsin Cheese Makers Association. He is also taking the time to write a book about the history of Colby⁠—both the cheese and the town.

“The best state deserves the best representation,” Oehmichen says. “Everybody deserves to recognize how their state made them who they are. And to identify all the best things that makes them great and their state great.”

Want to hear more from Matt? Here are some clips from our interview with him. Check out his YouTube channel as well to keep up with his Colby quest.

People are always surprised when I say my favorite color is gray—but I think it’s underrated! Gray is simple, soothing, humble, and doesn’t try to be something it’s not.

Read the Rainbow: UP Staff Favorites 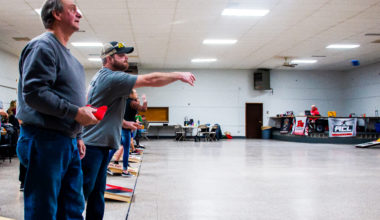 Read More
YYellow
Grinnell Regional #7 tournament (Iowa) THWACK! The sound of each bag smacking the opposing board across the room… 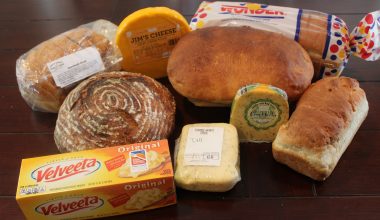 Read More
YYellow
Cheese and bread, together at last. We’ve got 5 different types of bread and 4 kinds of cheeses… 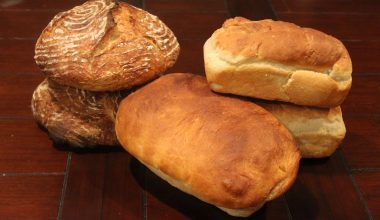 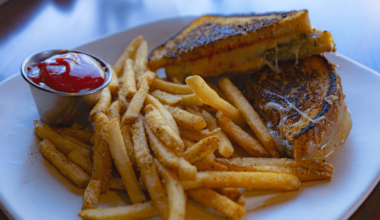 Read More
YYellow
In uncertain times, comfort food just hits different. One of the purest examples of comfort food is by… 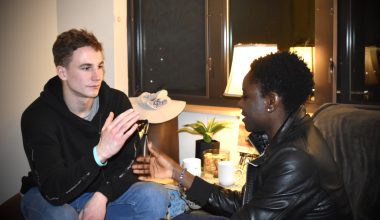 Read More
YYellow
Pre-COVID-19, we were often distracted by our devices and the ease with which we could disengage from one…