It Takes A Village

A home cooked meal is served.

Jennifer Hahn, a project assistant at YJI, sits down and asks a boy what his favorite day of the week is.

He replies, “Thursdays, because I get to be with people who like me .”

Building from the Ground Up

Eighteen years ago, Claudia Henning met with West Des Moines Police Chief, Jack O’Donnell, to share her idea for a restorative justice program for the youth of West Des Moines. He responded with, “It’s the right thing to do.”

Henning and her friend, Scarlett Lunning Huey, wrote grants that funded the start of YJI, a non-profit that gives offending youth a second chance.

YJI describes itself as a program meant to help youth offenders aged 11 to 18 get their lives back on track after a crime or incident close to an offense. The goal is to engage the youth in the community to help them become productive members and graduate high school, all while holding the youth accountable for their crimes and giving them the support they need.

“[Henning] just thought there’s got to be a way to break open the conversation for people who feel like they’re stuck and who have no choice and feel bad about themselves,” says Mary Cole-Duvall, a rector at St. Timothy’s. “She said we can figure out a way to make our system different. This is just such a great vehicle for kids to fix their wrongs in a safe place.”

The program uses restorative justice principles to guide the youth, hold them accountable, and support victims at the same time.

The juveniles who complete their assigned program are diverted from the juvenile court system and leave without a criminal record.

Out of 25 students who completed the YJI program in 2017, zero percent reoffended, according to the Chief Justice’s State of the Judiciary annual report. This means that during and after the program, they did not re-enter the justice system.

“This is just such a great vehicle for kids to fix their wrongs in a safe place.”- Mary Cole-Duvall, Rector of St. Timothy’s

Most offending youth are referred to the program through School Resource Officers from the West Des Moines Police Department, but school administrators, police officers, and parents have also referred kids to the program.

The program is individualized to each kid, but involves four main components: justice circle meetings, case monitors, academic support and family classes. All four parts work to help connect kids to the community and improve their well-being.

“The program gives these kids grounding,” Smith says. “So much of what goes on while they’re in this program helps them see others. They work with the school, so they know their grades. They have to come and do study tables. They have to do various community service projects. It so clearly points out to them that these things that we do have consequences and isn’t just consequences for your life as a perpetrator, its consequences for the lives of the people who are the victims and for your family members.” 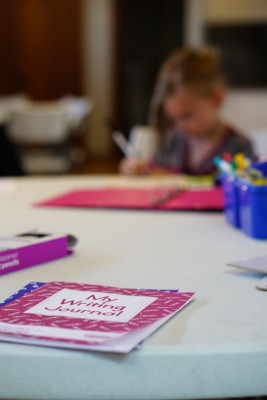 From the Outside Looking In

Wireman’s daughter went through YJI for a few months, until she graduated from the program.

Wireman hated the program at the time. Ten years later, she is a regular volunteer in all parts of the program.

She says that some characterize West Des Moines as an affluent suburb in the middle of Iowa, but this program truly benefits more than the upper class.

Wireman says that when she was first started volunteering, she noticed that the youth were from upper-middle class families whose parents weren’t very involved in their lives. She says that as a volunteer in the family circles, she felt she just needed to reconnect everyone.

Now after volunteering for 10 years, she has noticed that kids are much less affluent.

Beyond that, 75 percent of youth involved in YJI had multiple, chronic traumatic life experiences that include things like homelessness, change in schools, or death of a parent, a report from YJI states.

“It’s like cleaning a window. You clear it to see something and then you can’t look away,” Hahn says. “You see the importance of the work. All these kids know they have at least one person. Every single one of these kids know that they could show up at this church and someone would be there for them.”

Hahn got involved in the program a year after it started. A kid in her neighborhood stole her kid’s bike and she wanted justice. But once she started looking into the situation, she realized the kid had his bike stolen and his parents could not afford another one.

“I saw the crime wasn’t just the incident, but a whole host of situations that happens to families, and I was hooked,” Hahn says. Today, she dedicates her whole life to it, just like everyone else who works for YJI. But beyond those on the payroll, others in the community are dedicated, too.

Cole-Duvall’s connection to YJI goes beyond the church.

Her son went through the program, years ago.

“I thought it would be more for my son than the family, but then they said it really works better when the whole family is involved,” Cole-Duvall says. “They were right. My son thought these people, not just his family members, but the community representatives really do care and they want to support him and want to see a difference. It was pretty inspirational.”

YJI invited Cole-Duvall to be involved in an advisory group after the program, but she was waiting for the right time for the church to get involved.

“YJI concluded that when a kid gets in trouble, you’ll see that in their grades,” Cole-Duvall says. “They asked, how do we help them not be so overwhelmed and get back on track academically, so that they can feel like they can succeed. So then, Jen [Hahn] started a study table out of her house.”

The study table grew to a different church in West Des Moines on Tuesday nights and then further expanded to St. Timothy’s on Thursday nights.

“This program just had such an organic nature and it grows in ways that it needs to grow when people see our weaknesses,” Hahn says.

Cole-Duvall says that hosting was a natural fit. A church has tables and people ready to help, she says.

But then, the church and YJI formed a connection.

“We found it wasn’t really about the studying,” Cole Duvall says. “The study was important, but it was about the relationships that the kids are forming with mentors, who are volunteers. That they realize ‘Why do these people that don’t even know me want to help me?’ We found out it was more than just functional, it was relational.”

Every year, the church dedicates one month to raise money for YJI. They use the money to pay for the Thursday night study table meal.

“One of the things that Jen said was that some of these kids are hungry and the only meals that they get are at school,” Stephanie Donald Andrews, a volunteer, says. “I love to cook and I wouldn’t want to teach anybody chemistry, but if I can make sure that you’re not starving and not thinking about food, but focusing and listening to the people who are smarter than me, that’s a good thing.”

YJI goes beyond helping just youth who offend. It takes a proactive approach with siblings, friends, and other youth in the community. 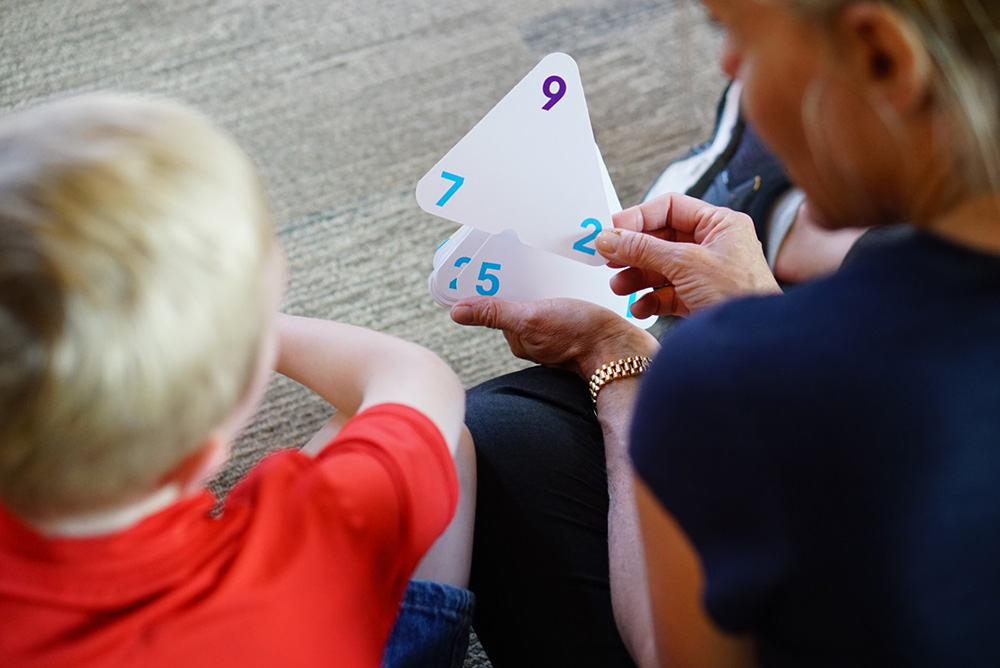 Luke’s* older brother, Tim*, was recommended for YJI when he was in 8th grade.

Luke’s family isn’t an anomaly; they are actually the norm.

“We are finding that siblings come together because it’s a safe place and a quiet place and kids can get help for school,” Cole-Duvall says.

Luke says that YJI, and especially Hahn, who coordinates the study tables, has become a second family to him.

“Jen and her husband give us so much love and attention and they want to see us succeed in life,” Luke says. “The amount of people that are watching out for me and count on me to do the best for myself and my family and for my brothers and sister always keeps me motivated.”

Luke says he loves study tables, but he will always remember a family class he went to when Tim was completing his program.

“The last class I went to was two years ago, but I still remember it like it was yesterday,” Luke says. “They taught me all these lessons, but I remember learning about how feelings turn into thought and thoughts turn into actions and actions turn into consequences or effects. No one had ever taught me that before. That really just stuck in my brain throughout life.”

For Cole-Duvall, YJI just makes sense for kids like Tim and his brother.

“It’s a peaceable way to resolve an issue,” Cole-Duvall says. “When you think about how a kid’s decision can impact the rest of their lives, I don’t really know why not try to help them see something different and meet the kid where they are at. They are more than the worst thing they have done. That’s what this program does well. They recognize that.”

The Sweetest Spot on Ingersoll 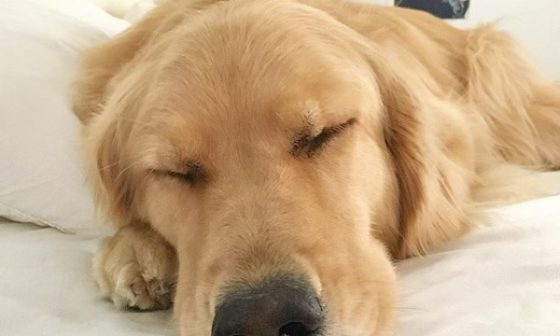 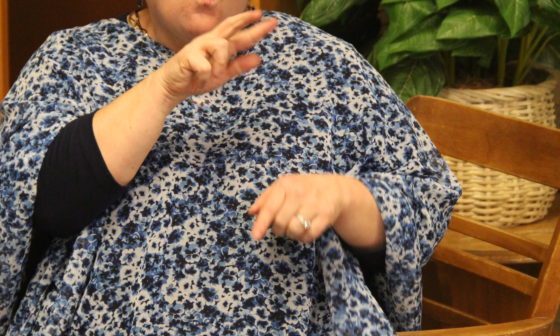 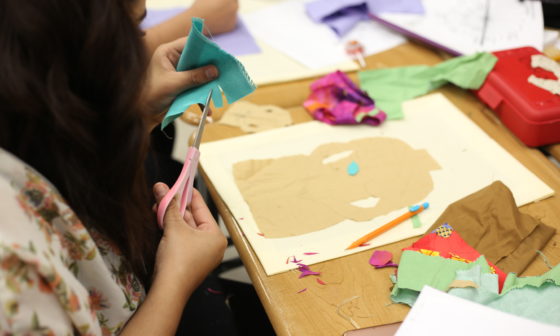 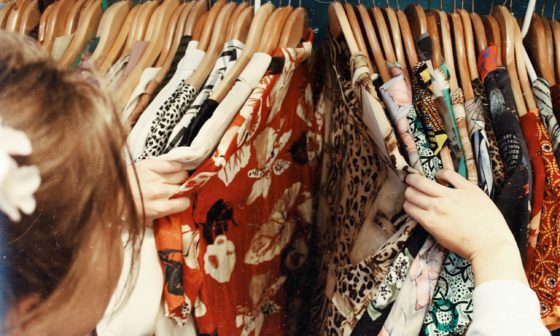