Profiles in Leadership: More Than a Money Man

For our second profile in leadership, we explored what motivates Iowa State Auditor Rob Sand to go beyond just crunching the numbers for his constituents.

Crunching the numbers of a state’s financial history might not seem particularly exciting. It can include hours of pouring over obscure records, and spreadsheets rarely translate into political clout. But in Iowa, State Auditor Rob Sand has visibly bucked that norm.

He’s weaponized data. He called out the governor of Iowa’s mishandling of COVID funds. He found that evidence was missing from storage in six criminal cases. He’s protected local government officials from scammers posing as employees or vendors. In fact, in the two years Sand has been in office, he’s turned the auditor’s position into a government watchdog for the people. And unbelievably, he’s done it all just to be helpful.

“To me, going out and helping people in need is what we as human beings are supposed to do,” Sand says. “And those are the moments in our lives where we can feel most fulfilled ourselves.”

Sand has been trying to help folks for a while. Before he was State Auditor, before he was the Assistant Attorney General, and before he was an undergrad at Brown University, Sand was a kid from Decorah, Iowa, who was raised to serve others. Both his parents worked in medicine; his mother was a physical therapist, while his father was a family medicine doctor. They were also a deeply Christian family that believed in service above all other things—so much so that Sand dove into public affairs as a teenager. He worked for two long years on Decorah’s first skate park.

“It really opened my eyes to the idea that you know, better or worse, bigger or smaller, government is what we do to do things together. And it really made me interested in public service,” he says.

He took this interest to Brown University, located in Providence, Rhode Island. In addition to getting his undergraduate degree, he discovered how much he enjoyed Iowa. It inspired him to return to his home state and attend law school at the University of Iowa. Shortly after his graduation in 2010, he became an Assistant Attorney General under Attorney General Tom Miller. The youngest prosecutor in his division, he used the position to take aim at a particular kind of criminal: white collar crooks.

He held a special frustration with these sorts of criminals because he saw it as “ a particular form of heinous crime. Because (white collar criminals) aren’t desperate. They’re not drunk. They’re greedy. It’s like a crime against gratitude.” With this focus, Sand led the prosecution in the Hot Lotto Fraud Scandal, which involved the creation of seven fixed tickets worth approximately $25 million in total.

Despite his passion for the position, Sand struggled to keep up with a job that had him “bathing in sin and darkness every day.” He didn’t quite feel like he was able to make a difference how he had hoped to. “I wanted to do something where I felt like I could get up every day and actually improve things instead of just making them less bad,” Sand says.

The State Auditor position was just the opportunity he was looking for. He’d already worked with the office during his time as Assistant Attorney General. He knew the kind of work they did. He also knew that the office could do better. He’d read chapter 11 of the Iowa code. “That’s the chapter that says ‘State Auditor.’ So it’s literally the job description of what the auditor can and cannot do,” Sand says.

He knew that the auditor’s office had the ability to make efficiency recommendations for government offices, and he made this a focus as he campaigned, wanting to use those recommendations to closely monitor how government agencies spend their taxpayer dollars. The message resonated with voters, and in 2018, he defeated Republican incumbent Mary Mosiman to win the election for State Auditor. Now, just over two years into his term, he’s implemented a program to do just that.

His time in office hasn’t been focused only on office recommendations. Sand’s pursuit of efficiency and accountability has brought him into the spotlight on several occasions. Most recently, he publicly challenged Iowa Governor Kim Reynolds’ handling of $21 million worth of CARES Act funds, which ended up being used to buy software for state employees. He also found that the evidence locker in Plymouth County Sheriff’s Office was missing evidence listed in record logs for at least six cases.

But his work to serve the public doesn’t all happen in his office. Notably, the day after the summer’s derecho demolished parts of Iowa, Sand was out in Cedar Rapids with his chainsaw, carving up trees that had fallen around the city. He remembered helping in the aftermath of the Cedar Rapids flooding in 2008 and building Habitat for Humanity houses with his mother. This was another opportunity to apply the lessons from his youth by serving his neighbors when they needed it most.

“Going to Cedar Rapids for a weekend and helping people out to me is just a good thing to do,” Sand says. “That helps me to feel useful myself. And what I’m doing, that helps those people to see that someone cares about them and cares about their community, and is coming to help them out in a moment where they’re in need.”

His attendance provided a benefit than just another pair of hands; as he shared stories from the community on social media, he was able to recruit even more people to come help.

“By going to Cedar Rapids, and by tweeting about what I was doing, other people came too, and it’s a good way to spread the message that serving others is an important thing to do,” he says. “People in need should be the objects and recipients of our time and our talents and our treasure.”

Back in his office, Sand continues to work hard at holding abusers of power to account, and he still holds a particular anger for those who exploit their elected positions.

“When they do that they undermine trust in our institutions and trust and the things that we have chosen to do together,” he says.

For at least the next two years, this quest will continue. As for what comes next after that, even Sand himself isn’t sure.

“I don’t know if I’m gonna run for reelection or run for something else,” he says. “Our kids are four and six. I want to have the biggest impact I can have in the world in terms of positive impact. But I also want to be a good dad. And how you balance those things is a day to day question.”

It’ll be many months before Sand makes that decision, but he won’t be going anywhere in the meantime. He’s determined to keep serving others and speaking truth to power.

“At the end of my life, I want to be able to say I did what I thought was the right thing to do.”

Click here for our other Profile in Leadership piece on Buffy Jamison. 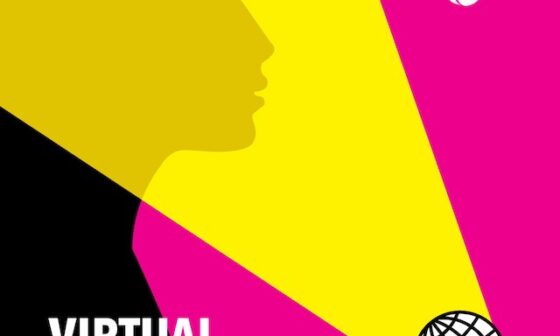