Maclovio Cantu IV is a Chicanx artist from South Bend, Indiana who works as an adjunct professor at Texas A&M University-Corpus Christi. When he isn’t teaching, he’s practicing a range of printmaking as well as painting, sculpture, and quilting.

We’re bringing you this Podcast series from Urban Plains, where we’ll be highlighting the experiences of the Latinx community, who’s been here in the Midwest since the early 20th century. From artists to educators, our guests will talk about the struggles and successes of laying down the foundations for the next Latinx generations to continue to dream and to prosper.

On today’s episode of LatinXperience. We have Maclovio Cantú the fourth. He’s a Chicano artist and educator from South Bend, Indiana, who now works in Texas. He practices a range of printmaking as well as painting, sculpture and quilting.

Okay. One of you wanna start us off?

Yeah. So I guess our first question is like, what is your art background? How did you get into that?

And, you know, I started off like my first day was putting paper in the in the copy machine. You know, that was the first thing is Idalia Maldonado. She was the supervisor. She’s like, this is how you do it and make sure that you flick the pages so they don’t get stuck. And I was just like, okay, you know?And from there, it’s just like girls like, I have a good friend coming. He’s flying. And he didn’t tell me who it was anything about this person I was like, Okay, yeah, I’ll go pick him up. So Joe Segura and he’s super soft spoken. Stone Cold Face is ridiculous. Like, so Gil says, You’re an artist. And I just think, Yeah, he’s like, bring your portfolio over, you know, like this weekend, I want to come, I want to look at your work.And I was like, Okay, yeah. I’m just like, at the time, I was like, I have no idea who this is. And I take my work. You know, I have my paintings, my drawing, and he’s like, By the end of it, would you like me to mentor you? And at the time, I didn’t know how amazing this was because he used Tamarind Master Printer, part of the international printmaking community.This is amazing. And he takes me on as his mentee. And from there, like, he’s just like, if you’re gonna be an artist, you know, you’re going to do everything that we do. It was just, you know, by chance that at that, that year they were having a consortium. But the consejo gráfico and it’s the largest collective of Chicano tallers which is a workshop.So they all flew in and they’re having, you know, like a week long visit where they were doing like Workshop, Fuentes he taught me how to carve Juan Fuentes as his amazing Chicano printmaker, and I’ve basically followed him around. I was taking notes, you know, I was out of dinners. So Joe’s just like, you have to do everything that we’re working with, right?And one of the things was to carve a linoleum block. And prior to this, you know, like, I had only maybe done maybe like a four by four square in high school. So printmaking has such a long history with just being Chicano in general. And, you know, it’s art for the people. I mean, so I had no idea what I was doing, and I had no tools.I had nothing. And Juan Fuentes he’s like sitting there and I’m noticing that, like, there’s four people standing around just watching him carve. On why this is an amazing, amazing Carver and screen printer and educator. Dude’s amazing. So he’s just like you. Why aren’t you carving? And he’s just like, Yeah, sit down next to me and you know, and I’ll show you how to do this.And he’s showing me how to carve and I’m cutting away and Jesus Barraza, who is like an amazing poster maker out of the Bay Area, and he’s, he’s just like, comes up to me. This is, this is what I was like. He’s in every large collection here in my early seventies. They’re amazing. Just like, you know how special this moment is right now.I don’t know if you know this, but this is probably one of the greatest things I could have ever happened to you. So after I carve that first block, I ended up printing them with Ramiro Rodriguez, another member of the consejo gráfico later that night,once everything was cut and everything, of course, my prints are hanging up next to Juan Fuentes.We all had 20 and me and Juan Fuentes is we sold out of our prints. We were the only ones. And I was just like, this is a first like exhibit. We’re professionals. And I’m just I’m like, What is your undergrad? Right? Yeah. At that point, this is the first print that I had ever carved, you know? So like, it was crazy because I’m in, you know, like I’m in the presence of all of these amazing Chicano lions.Then it’s like I’m watching my prints just come down off the wall and say, Do this is crazy. And from then on out was just like, I never stopped carving. I never stopped carving. It was like that week. I was that changed my concentration. You know, I love painting. I need to focus on this, because if I’m making one painting, you know, that’s only for one person.You know, if I’m making, you know, like printmaking is creating, you know, an addition of originals, you know, that more people can have that. The more people can enjoy it, then, you know, people can touch it. People can, like, keep it with them. They can. And it’s just it’s that idea of like the personalization, you know, like, the single is cool, you know, but it’s just like it’s one of those things where it’s just like selflessness kind of like a rough word.It’s kind of a harsh word, but it’s not like, I like sharing, you know, like, if, if I sell one painting, you know, I make decent loot, but, you know, like that I the only thing that I can ever show again of it is like a photograph of maybe where it’s hanging or a process shot or something like that.So it ended up, you know, changing my entire mindset of what art was. It’s it’s been, you know, a long journey, but I think that it’s paying off. I haven’t been any happier before, and I have a really cool dog to you now.Yeah.

That’s all we have time for today. Join us for our last episode with Anthony Arroyo, a Mexican-American photographer who captures raw and minimalistic moments of nature and humans in their environment.

Raised by the Internet Episode 3: The World of Fandoms 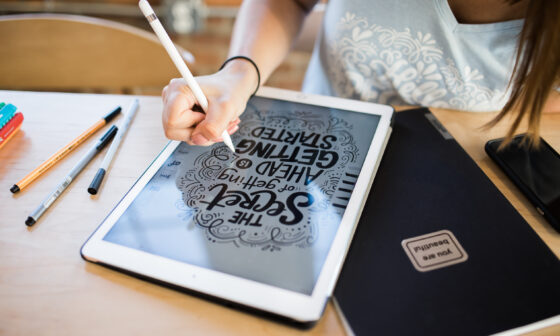 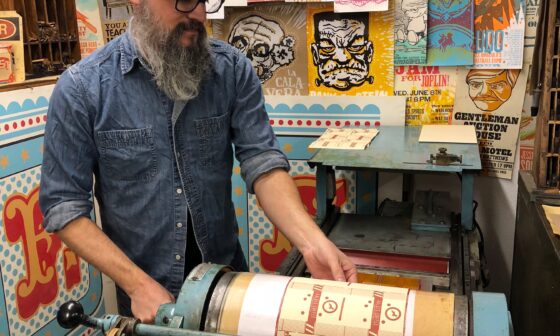 Read More
VVoices
Hands-on art is ageless Letterpress printing and Dungeons & Dragons have something major in common: both are timeless.… 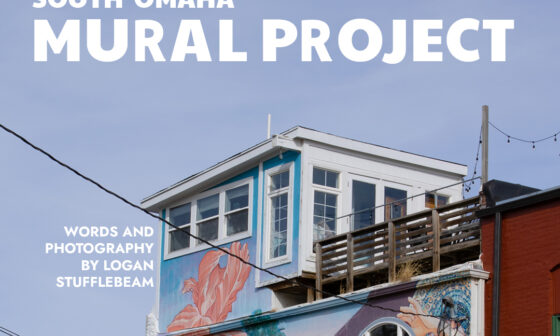 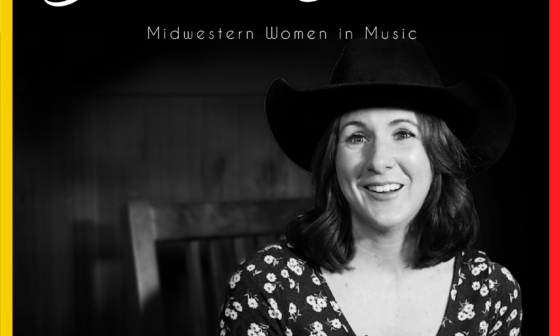 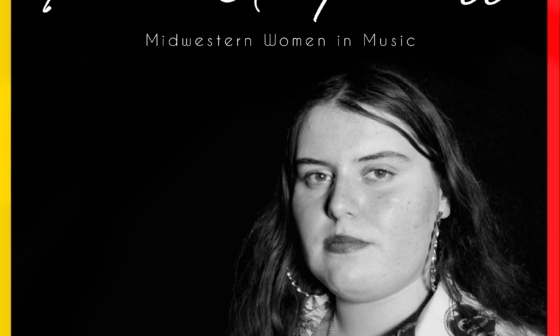 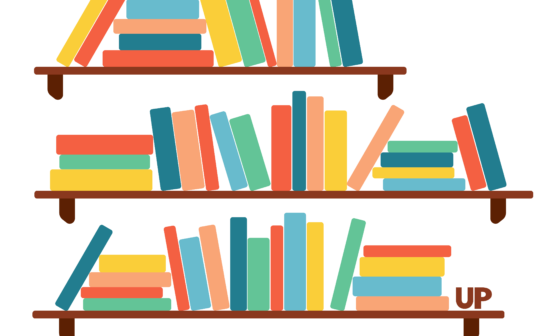 Read More
VVoices
Iowa bookstores take the challenge of starting their businesses from scratch in a world of online shopping. The…