Mitch McNeil knows what clean water looks like. He’s a surfer and has spent years on the water. So he can tell that one of his favorite spots to surf, the southern part of Lake Michigan off the shore of Indiana, is not clean. The Indiana shoreline is home to a national park. It’s a popular spot for lake surfing and a day on the beach. It’s also home to multiple industrial buildings pumping gray smoke into the air. McNeil and other fellow lake surfers knew something was wrong with the water when they started getting skin rashes.

“I noticed my skin was kind of screwed up if I didn’t shower immediately after getting home,” McNeil says.

Some folks might have lived with that. McNeil, though, is the Chair of the Chicago chapter of the Surfrider Foundation, a national activist network dedicated to protecting the waters and beaches in the U.S. They have 81 chapters throughout the country that share a common passion — surfing and protecting the environment. Members from the Chicago chapter of the Surfrider Foundation went to the Abrams Environmental Law Clinic at the University of Chicago Law School in the fall of 2016 with one question: Was it safe to surf in the south end of Lake Michigan?

What started with a single question turned into a legal battle against a huge corporation: U.S. Steel.

Both the law clinic and members from Surfrider Foundation started looking into the water quality of that specific part of Lake Michigan. One day in April 2017, that area found its way into the news — and not for anything good. U.S. Steel was found to have an illegal amount of hexavalent chromium spilling into a Lake Michigan tributary that the company couldn’t control. U.S. Steel blamed it on a pipe failure. They discovered the spill at 9 a.m. that day, then contacted the National Response Center at 9:30 a.m.

“When we all found out about the spill,” says Rob Weinstein, a supervising attorney and instructor at the Abrams clinic, “we immediately pivoted from sort of a general inquiry into water quality in the region to a specific investigation of U.S. Steel’s history of compliance, or noncompliance as it was, with the Clean Water Act.”

According to Weinstein, U.S. Steel releasing chemicals into Lake Michigan is nothing new. Typically, hexavalent chromium, what U.S. Steel released, is converted to trivalent chromium, which is naturally occuring out in nature and in our bodies, before being discharged. According to Weinstein, what was released was definitely not natural. In January of 2017, the company had an illegal discharge of hexavalent chromium, and just a few months after their uncontrolled spill in April, the company had another illegal discharge in October.

The Indiana Department of Environmental Management requested U.S. Steel begin testing for hexavalent chromium after the spill, but the company failed to, even after blue liquid with “visible solids” was pouring into a Lake Michigan tributary, according to an inspection report.

“They refused even to test the chromium, to see how much of it was a particularly dangerous form of hexavalent chromium,” Weinstein says. “They didn’t even take that very basic step to understand what they were discharging.”

Urban Plains reached out to U.S. Steel multiple times for comment for this story, and they never responded. U.S. Steel does, however, claim on its website that it’s committed to environmental stewardship.

The Surfrider Foundation’s complaint against U.S. Steel lists dozens of Clean Water Act violations in the last five years — the only years with available data.

The City of Chicago has also filed to intervene in the consent decree, an agreement or settlement without there being an admission of guilt in order to solve a dispute, being negotiated between the EPA and U.S. Steel. The motion is still pending.

“We had concerns that the Trump Environmental Protection Agency would not be as strict as they could be in terms of preventing spills from happening in the future and enacting penalties to the spills that have happened in the past,” says Bill McCaffrey, a lawyer representing the City of Chicago.

The consent decree between U.S. Steel and the EPA could be filed at any moment, but it could take months still.

“We have seen some movement from the federal EPA here where they have done more to protect people who are polluting than protecting the environment,” McCaffrey says.

Not Only in the Movies

If the word chromium sounds familiar to you, it probably is. It’s the harmful chemical that the popular film Erin Brockovich surrounds itself around — and yes, it was in the water. If lake surfers can just get a rash from being in the water, imagine how much more harmful it could be if you drink it like the victims documented in the movie did.

According to the EPA, hexavalent chromium targets the respiratory system, mostly coming from inhalation of the chemical. It can cause shortness of breath, coughing, and wheezing. If a high concentration of it comes into contact with skin, the chemical can cause it to burn, become more sensitive, and ulcerate. If swallowed, it can cause abdominal pain, vomiting, hemorrhaging, and other effects on the liver and kidneys.

And these are the non-cancer risks.

The EPA says that inhaled hexavalent chromium can up your risk of lung cancer. The chemical is labeled as a “human carcinogen,” not to mention the cancer-causing effects it has on animals too.

This is the chemical that’s floating around in Lake Michigan, one of the country’s largest freshwater sources behind Lake Superior and Lake Huron. And Chicago draws more than 700 million gallons of water a day from Lake Michigan.

Since 1972, when the Clean Water Act was passed, residents of the Midwest’s largest city could drink that water without worry. The act has been vital to defending the waters of Lake Michigan.

“Before that law, it was just completely an open season on the water. People put whatever they wanted in there. There were no rules,” McNeil says.

The law established basic structure for regulating pollutant discharges into the waters of the U.S. and made it unlawful for any person to discharge any pollutant from a point source — a clearly identifiable source of pollution — into navigable waters, unless a permit was obtained.

The Future of Lake Michigan

The lake surfers just want to get back on the water without having to worry. Northwest Indiana is one of the Surfrider Foundation’s favorite places to hit the waves.

“We deserve to be able to recreate in water that doesn’t kill us,” McNeil says.

There are about a hundred people who participate in lake surfing in Lake Michigan that McNeil knows of.

It’s possible for chromium to be filtered out of drinking water with different treatments, such as reverse osmosis and iodine exchange, but that would be making a change to how drinking water is usually treated. And that wouldn’t impact the surfers’ issue in any way.

Ultimately, according to McCaffrey, prevention is key, “The main focus here should definitely be on prevention, it shouldn’t be on changing the way the water infiltration systems work,” says McCaffrey. “It should be on requiring this industrial user to prevent any pollutants from getting in the lake in the first place.”

The Brave Choice to Keep Fighting 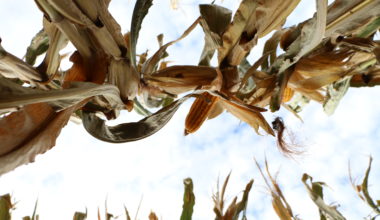 Read More
SSciences
“Climate change” is a lazy umbrella term. Yeah, the climate is changing. We know. But the term neglects… 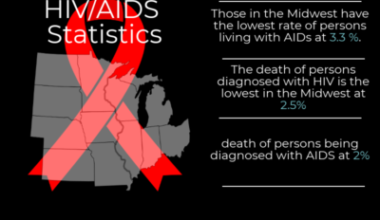 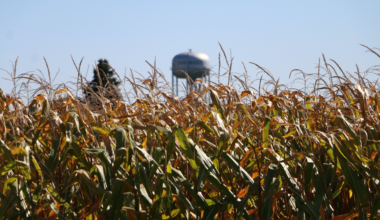