Treesreach released its debut album, Some Night You Will Hear Me Crowing, this January. The trio’s music career is now taking flight.
0
Shares
0
0
0

CEDAR RAPIDS, Iowa– From the very beginning, the Iowa-based band treesreach didn’t want to be defined by a single genre.

“We kind of prided ourselves on not setting out to be in a genre,” says Dillon Rairdin, bassist, singer, and songwriter for the group. “Our goal has always been, let’s make music that’s good… and not worry too much about where it goes and what it does.”

The group has been together for three years, writing original music and performing live. But the members knew each other years before they became treesreach.

Rairdin met guitarist, singer, and songwriter Riley Thurm when they were 16 and 14, respectively.

“I had some pretty strong intentions for young Riley in mind,” Rairdin jokes.

At the time, Rairdin was playing with a drummer as the duo Live Broadcast.

“[Riley’s] mom drove him over to my house, and I started teaching him some of the guitar riffs,” 24-year-old Rairdin says. “And I was surprised how quickly he picked up on them… I could play something once and he could immediately spit it back at me.”

In 2010, Thurm started playing open mics and small shows around the Cedar Rapids area with Live Broadcast. When its drummer moved away to Alabama, Luke Long was asked to fill in and round out the trio.

Rairdin and Long met when they were kids and attended the same church. Long sat in as drummer for three years before Thurm and Rairdin asked him to officially join the group.

“I never thought that Luke would join our band because I thought he was way too cool,” Rairdin says.

For three years, the three continued to play as Live Broadcast. But Thurm says last year, it was time for a change.

“We officially changed the name to treesreach… as kind of a fresh start because our sound had changed so much,” the 22-year-old says.

Besides a new name, treesreach also had a new debut album, released earlier this year.

The album “Some Night You Will Hear Me Crowing” began taking form years before it was officially released on streaming platforms like Spotify and Apple Music. Rairdin and Thurm started recording songs back when they were still with the original Live Broadcast drummer. It took a long time to get the parts recorded. Rairdin and Thurm had to travel to Alabama to meet with the drummer, and he had to make long trips to Iowa to record.

“What tied it together though was the last six months of recording because we rewrote songs, ditched some songs, wrote brand-new songs,” Thurm continues. “And I think having those recordings happen in the same time frame is what ended up giving the album a lot of its continuity.”

The album was released on Jan. 12, 2018. The 28 track album takes listeners through a fictional character’s reality and dreaming states as he works through growing up and escapism.

“[The album] focuses in on someone at a metaphysically critical point in their life where they can decide that they want to grow up or they can decide that they want to stay a kid and blind to areas in which they need to improve,” Rairdin says. “What you have is an album that tracks a person’s descent… He eventually just ends up in this shame and anxiety spiral that leads him to the bottom where he realizes what he kind of knew the whole time, that he needs to grow up and move on and take some responsibility.”

Listen to the treesreach single “Sunchasers”

Rairdin says the album is more “auto-experiential than autobiographical.” The story points are fictional, written to illustrate certain emotions.

“Experiences of emotional numbness, depression, anxiety, excessive joy, obsession over things that don’t really matter, that all comes from me or Riley or whatever combination was writing that song,” Rairdin says. “We still wanted to write a genuinely honest album, and the honesty comes from the emotional highs and lows.”

Just four months since the release of its debut album, treesreach has roughly 150 monthly listeners on Spotify and 130 followers on Soundcloud.

“The reaction that we’ve received has been positive,” Rairdin says, “though I’m not sure if someone didn’t like it that they would come up to me and tell me how much they didn’t like it.”

At their album listening party the December before the release, Thurm says when track five on the album played, the entire room went dead silent.

Listen to track five on treesreach’s album “‘Wake up,’ She Cried, ‘Peter Pan Has Come and He Is to Teach Us to Fly.’”

“The song is very quiet, and somehow, even though it was really quiet, it captured everyone’s attention,” he says. “After it was over… the whole room was just alive and trembling. To know that that song… had that effect on a room full of people who had never heard it before, I was so ecstatic. To know that we’re not the only people who are moved by this and our whole approach of, ‘let’s make music that we like and people might actually like it’ worked? Wow! I was coming off that high for about a week.”

The trio from Eastern Iowa dreams of expanding beyond the borders of the Hawkeye State.

“We want to, like, make a name for ourselves in Iowa first and then branch out around the Midwest,” 24-year-old Long says. “We don’t want to get too far ahead of ourselves and, like, stretch out across the United States, just losing money and touring to Timbuktu.”

“It’s definitely the fact that we have our day jobs and we want to do it full-time,” Rairdin adds. “If it were up to me, we’d be touring all the time at this point. I want to be on the road, playing as many shows as we possibly can.”

With one album under their belts, treesreach is starting to see that as a possibility.

“I feel as if in the past couple of months is when we’ve really started to have any sort of following, in the sense that people are paying attention to us in other states and in other cities even, making an effort to come out to a show,” Rairdin says. “We had a couple of people we met at a Des Moines show… wearing our merchandise and knew lyrics to songs. And that to me was pretty bizarre and pretty dope. So I think that we’re right at the beginning stages.”

Treesreach has performed in Omaha and Chicago, Minneapolis and Milwaukee, as well as in Cedar Rapids and Iowa City. They say they can’t imagine themselves doing anything else.

“It’s something that chooses you,” Thurm says. “It’s not like, ‘Why are we doing this?’ We have to do this.”

“I think I find just about as much meaning in doing music as one can find in any tangible thing,” Rairdin adds. “So to not do it would feel like a waste of time.”

Painting the Walls of Des Moines 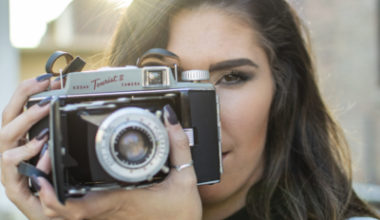