Pioneering the Future by Preserving the Past

Like many Iowans, Lila Akrad spent a large portion of her childhood playing in cornfields. Akrad fondly remembers spending her afternoons walking through row after row of corn with her grandfather—known to her affectionately as Opa—enveloped by the stalks at every turn, looming large above her, yet comforting her in their familiarity. The scene is a common one—that is, until the unassuming “Pioneer” sign planted alongside the corn comes into focus.

Akrad’s Opa wasn’t your typical farmer. He worked for Pioneer Hi-Bred International, Inc.—today a part of Corteva Agriscience— once one of the most prominent independent producers of crop seed, supplying seed to farmers all over the world. William Brown was the first with a doctoral degree to be employed by the budding company to perform genetic research on corn in 1945. (He later went on to serve as Pioneer’s president, CEO, and chairman of the board.) And he loved his job—so much so that he started bringing bits of Pioneer home with him.

“He was either given [these items] as gifts or [they were] things that he had obviously collected throughout the years: different mementos, the original old Pioneer hat, pens, knives, all these things that they used to give away,” Akrad says. “We also have a lot of different awards and things of that nature that he received.”

Since his death in 1991, Akrad and her family have lovingly held onto these items to form a collection to honor his legacy at Pioneer. And the collection is growing: she’s been perusing auction sites and purchasing historical Pioneer items to add to what her grandfather acquired in his 40 year tenure with the company.

“More recently, I’ve gotten into collecting [Pioneer] bags and the old signs,” Akrad says. “I’m trying to find some that actually had some varieties that my grandfather designed.”

While she admits her collection is still fairly small, she has enlisted the help of the Corn Items Collectors Association. One-hundred-eighty members strong, the association has been working to promote the preservation of historical corn items—anything from old equipment, to seed bags, or even old corn husk dolls—since 1981. Members tour the Midwest with yearly shows to display their collections. But another key mission of their association is educating future generations about how important these items are to the foundation of a family and the larger agricultural community.

“Anybody that cares about their genealogy or their roots or where they come from or what they’ve done, if you care about that at all, you should truly care about the items that either your grandparents, your parents, [or your] great great grandparents could actually use to…survive,” says David VandenBoom, former president and current secretary/treasurer for the association.

Akrad’s collection is central to her family, with her mother, cousin, and uncle all invested in preserving her grandfather’s memory. But VandenBoom says that isn’t the case for everybody.

“If somebody goes to their grandma and grandpa’s or mom and dad’s barn today, they’re going to see a whole bunch of old corn stuff, and their first thought is, ‘Let’s call the junk guy; let’s throw this stuff in a ditch; we need to get rid of this crap,’” VandenBoom says. “Well, that’s the problem…it’s really not crap; it’s so cool how this industry had started.”

VandenBoom speculates that today’s generation prefers things to be disposable. Young people are notably absent from the association’s 180 members. Old members who have acquired impressive collections have had trouble passing it down the family line, with many future generations uninterested in preserving items with which they are unfamiliar.

Although she doesn’t have her own kids, Akrad’s devotion to her grandfather has already spread to her cousin’s children, who she hopes will one day inherit her collection. But she isn’t blind to the way passing generations are changing the scope of agriculture as she has always known it. As VandenBoom describes it, agriculture of the olden days, where neighbors helped neighbors and farms stayed in the family, has been replaced with corporate giants hankering to harvest money.

That’s certainly been the case for Pioneer, who lost its status as an independent company when scientific innovation giant DuPont purchased it outright in 1999. In 2017, Pioneer branched off as part of the agricultural division of DowDuPont, which this year further spun out to form the standalone company Corteva.

Pioneer as Akrad knew it only exists today in her early memories from the research fields and in the items she pieces together, though even that task has become increasingly difficult.

“I’m getting older and missing my grandparents more and more every day and just wanting to have a little bit of a piece of history, especially with everything that’s happened with DuPont and their recent changes with Corteva,” Akrad says. “The Pioneer items are harder to find. The old ones, for a lot of people, they’re never going to know what those are. But for me, they have a lot of meaning.”

For many who have grown up surrounded by Midwest agriculture, it’s easy to take for granted the technology available for crop production today. But generations of farmers worked entirely by hand, from planting the seeds to harvesting the crops in full. They persisted because, just like Akrad’s Opa, who worked with early technology to improve corn production worldwide, they wanted a sustainable future where the entire world could be fed.

Akrad’s collection, as well as those belonging to her corn collector comrades, serves as a physical representation of this sentiment. And she will never forget it.

“I think [about] what my grandfather and my grandmother accomplished, the love of science, the importance of sustainable agriculture, what we do with our earth not just here but worldwide,” Akrad says. “And [them] teaching me the importance to give back, and agriculture being a specific interest in that because of what it can provide, [and] never losing sight of that and always wanting to learn more about what is occurring in that field.”

Thankfully, Akrad’s cousin’s children are already on board to sustain the family’s collection and everything it represents. In the meantime, the Corn Items Collectors Association continues its efforts in appealing to other young people to follow suit. But if they don’t?

History could be lost, discarded like trash. And generations of Midwesterners, many born and bred on the farmland and the crops that it yields, could grow up never realizing that the old heaps of junk in their family’s barn helped to harvest corn that sustained entire communities, communities in which these generations are still able to thrive today.

Ashley is corn-bred—growing up in small-town Iowa just minutes from cornfields in any direction. Coincidentally, cornbread is one of her top five favorite foods. 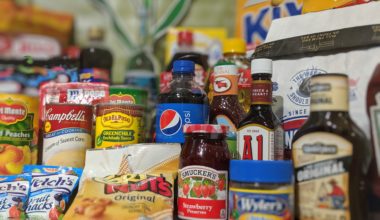 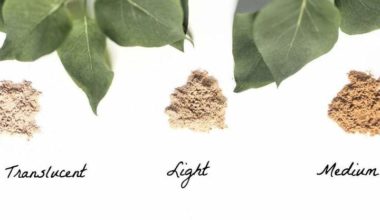