Strangers and Stars Well-Travelled in the World of Mexican Culinary Artistry.
4
Shares
4
0
0

Four strangers to mexico and one MICHELIN Star

A married couple, two roommates, and an unborn baby walk into a cantina… and a taqueria… and a library…

Enter our four protagonists. All college students, we set about planning an extremely expensive dinner getaway to explore the world of Mexican cuisine, to make-believe in a collegiate Spring Break for the last time, and to get the hell out of town for a day. While we can’t travel to Mexico, we can visit with the people who have brought their passion for Mexican culture, cuisine, and art to the Midwest.

There is Madeleine: an aspiring author, and dual journalism and English major from Oklahoma, who loves to go against the grain and pair red wines with seafood. There is Rachel: a self-described “good ol’ southern gal from Texas,” who was as eager to drink in the performative nature of our culinary trip as she was the nine-course agave tasting menu. There is my wife, Kaitlyn: a vegetarian Californian hippie long gone from the hills of Los Angeles and squared firmly in her second trimester of pregnancy. Then there is myself: a 13-year veteran of kitchen life who literally grew up in gastronomy, and a lover of unsweetened iced tea.

During a breakneck road-trip in a salvage-title Mazda 3 sedan, we would visit Mexican restaurants in Ankeny, Iowa City, and Chicago as one fractured and busy group researching what lay behind Mexican cuisine’s sudden and international rise in acclaim. We packed no bags, we left no emergency contact information, and we changed our clothes in our ragamuffin vehicle in a downtown Chicago parking garage.

We set out to explore the strangers and stars in the Mexican culinary art scene throughout the midwest – from a successful taco truck-turned-taqueria-turned-meat market, to a MICHELIN-star dinner in Rick Bayless’s personal library – to understand why they are not only succeeding, but thriving, in the midst of a global pandemic.

We travelled the region in a 21-hour non-stop trip; collected the truncated histories of cooks as they brought their skills and recipes with them; and, listened to the concerns, worries, and hopeful outlooks of chefs and patrons staying put in an industry bleeding over 30% of its revenue at the moment.

It was a spectacular time, and it started through the doors of an Ankeny, Iowa, cantina.

El Molcajete is a gem. It is on the same block as four other Mexican restaurants, including the extremely popular restaurant Cazador, where wait times on weekends can be hours. Having opened in mid-2019, caught in between the looming pandemic and razor-thin profit margins, when over 110,000 restaurants would shutter permanently, El Molcejete could have been a victim of bad timing. But the high quality food, loyal customer base and truly unique offerings have made them a pandemic staple for the community. Under careful direction, dedication to tradition, and serious resilience, the restaurant quickly became a community fixture.

While the word “authentic” gets thrown around a lot, owner and chef Abraham Murguia literally brings it to his restaurant. In a conversation that spanned ninety-minutes, he described the Mexican furniture, the family recipes his family brought from Guadalajara, and what led him to open a restaurant in Iowa after working in Mexico, Colorado, and Montana. His mission to establish an authentic, competitive Mexican offering in the area was clear. So, Abraham came up with a name.

“The [Molcajete] is super Mexican. It’s not a town, it’s not a state… every single Mexican family has a molcajete somewhere in the house. It is a real, and authentic name,” he said. Molcajetes, which are a kind of mortar and pestle, are giant stone bowls typically made of granite and used to grind ingredients into sauces, medleys, and spice mixes.

The four of us saw the value of a molcajete put to use. We had fresh ground salsas and a giant molcajete served full of shrimp, fresh chopped cilantro, and a red-hot sauce still bubbling from the heat of the broiler. We dug in and talked home-cooking.

The recipes Abraham and his family knew from their homes and travels – something Abraham believes is mandatory to truly learn about good food – are made here. Raised on farms and trained as classical chefs in Jalisco, they bring incredible technique and know-how, and combine it with locally sourced pork from Perry, Iowa, and certified Black-Angus beef.

El Molcajete’s menu features many items that can not be found at competing restaurants, or are unfamiliar to many American diners. Abraham hopes that in the coming seasons, people will learn about and appreciate the traditional approach his team has taken with their Mexican dishes.

“People are coming to get what they’ve been normally getting for years- fajitas, burgers, margaritas, the most popular things in general,” he said. “I would definitely prefer that people mention my molcajetes, my red snapper, and especially my carne asada, that we charbroil. Not too many people notice [it].”

For us, it was already an astounding experience. While I didn’t have the time to order the pescado guachinango dorado, a whole deep-fried fresh red snapper fish that takes upwards of thirty minutes to prepare, we did not leave hungry. Between two bowls of freshly made salsas, plates of pork, enchiladas, and that gigantic broiled molcajete, we were well enough off.

But we will be coming back to get that red snapper.

George Formaro is someone you know, and if not by name, then by reputation. In Iowa, Chef Formaro is something of a culinary titan; he co-founded Orchestrate Hospitality, the restaurant group behind Zombie Burger + Drink Lab, Centro, Django, Bubba, and Gateway Market, just to name a few. Deep in Downtown Des Moines on Mulberry Street, in what was once the historic Fire Station No. 1, is Formaro’s MALO, an award-winning, upscale Latin restaurant that has wowed critics near and far.

“This kind of food is my favorite kind to cook even when I’m not at work… I fell in love with the Mexican people, Mexican culture, and Mexico itself,” Formaro said of the concept.

Throughout his years of travel to Mexico, Formaro built memories that continue to inspire an awe and deep appreciation for the culture. While his family was content to sunbathe on the beach, Formaro was not. Often, he would find himself in a taxi or a bus headed to a city market, where he would peruse crowded streets filled with stalls of freshly processed meats and produce. He learned about fish heads, blood sausages, pork stomachs, and beef tongues. He explored everything he could see and hear, experimenting with the kinds of local dishes that have inspired so many chefs to push the boundaries of  Mexican cuisine.

The name for the restaurant itself comes from an experience Formaro had in Mexico, while he was having a bowl of pozole at a dive bar. As a flirtatious couple teased and gave each other coquettish smiles, Formaro overheard the woman sigh a drawn out “oh, malo.”

“I asked the bartender, what does this word mean? He explains to me it means ‘bad’, but it doesn’t mean bad in a bad way,” he laughs. “I loved this word, the way she used it. I said, ‘one day, I’ll have this restaurant, and call it MALO.’”

The playfulness and the nostalgic appreciation of these moments drove Formaro’s energy. It led him to experiment with and pay tribute to the chefs he learned from and cooked with. All these experiences, blends, and interpretations are unique and authentic. While Formaro expressly dislikes the word “authentic,” the care and admiration typical of true authenticity is palpable at MALO.

“[MALO] didn’t come from a place of ‘I don’t like the Mexican restaurants here, so I’ll open some place better.’ It wasn’t that,” he says..” It was from, ‘man, I love these people so much, and this is food I love and that I want to share with people in ways that, maybe, they weren’t getting [elsewhere].”

For this reason, chefs like Formaro and Murguia take two different approaches: where Murguia excels at passing on recipes and experiences learned from the family farm and restaurants, Formaro excels at passing on the excitement he has from decades of travel, classical training, and mastery of his artform in the form of homage.

Mexican cuisine is deeply historied, filled with innovation and collected stories from across five centuries. It is a family farm with handpicked tomatoes, it is an inner city market with pots of frying fish heads. It’s both passed on family know-how and studious observance while creating a tribute.

The MICHELIN Guide, the almighty judge-on-high of who’s who in the food world, has recently given the coveted MICHELIN stars to restaurants in California, New York, Spain, and France for Mexican cuisine. But before any of those, there was Chicago, the landing place of MICHELIN’s first stars for Mexican food.

And that’s where we go next. Along the route to Chicago, and in the Windy City itself, are two more restaurants. As Mexican food became internationally famous and won accolades based on the examples of this region, we venture on to get a glimpse of the roots found in two more stops. First, a renowned family-owned taqueria that went from food-truck to regionally-awarded restaurant boasting the Midwest’s best tacos and street food.

Second, the one-MICHELIN starred restaurant by Rick Bayless in North Chicago, Topolobampo. Complete with a dress code, the flair of hors d’oeuvres and mignardise, and a nine-course meal paired with world-class mezcals and tequilas, we look to see how far the Mexican traditions of cooking have been (and will be) pushed.

So, we are traveling to the birthplace of MICHELIN-starred Mexican food to explore the journey these creatives still find themselves on today. Maybe we’ll even find some fish head tacos on the way. 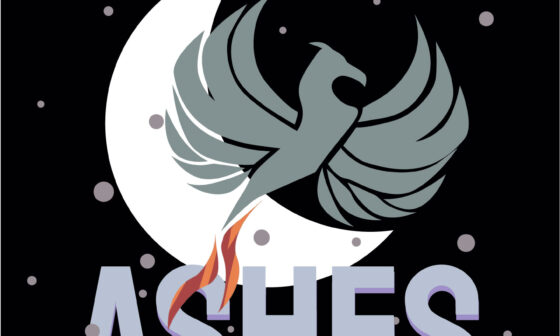 Read More
UUp in Flames
From the Ashes is a podcast where we have conversations with everyday people about grief and loss. In this episode, host Tina Intarapanont meets with Nancy Berns, a professor of sociology at Drake University, to discuss her research on grief and loss and how to talk to people about uncomfortable subject matters. 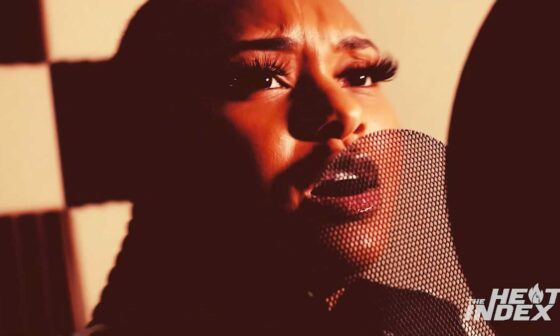 Read More
UUp in Flames
THE HEAT INDEX sits down with Jahda Gabor, a rapper from Omaha, NE, to discuss her musical journey and building an image––featuring a reimagined music video for her single "Wit Me." 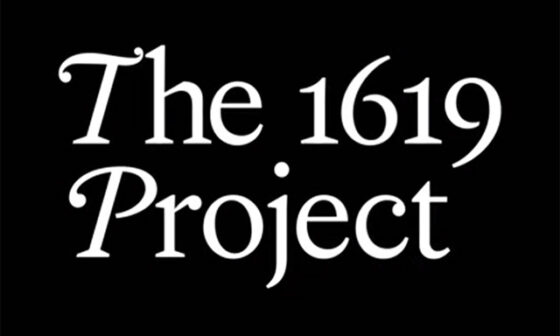 Read More
UUp in Flames
A bill that would ban the use of The New York Times Magazine’s slavery project in schools is being considered by the Iowa House Education Committee. 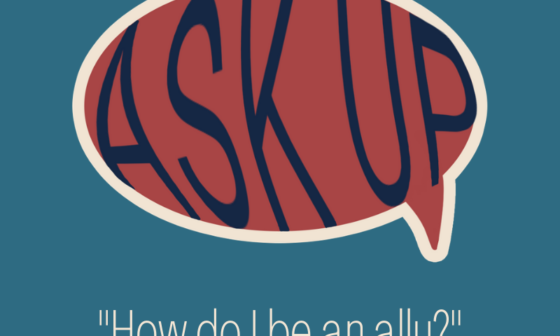 Read More
UUp in Flames
As we work toward true allyship in our personal lives, consider these five steps to learn how to become a better, more supportive ally for the BIPOC community. 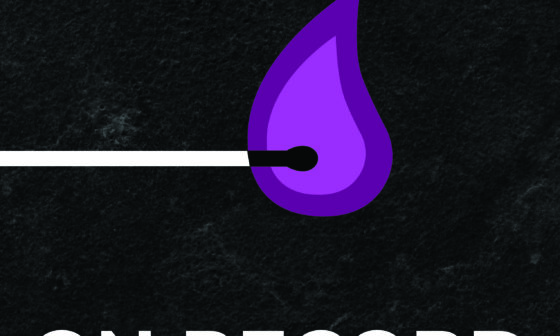 Read More
UUp in Flames
Join the On Record team as we discuss literature that sparks conversation– covering topics like mental health, violence, queer literature, and race/racial identity. In this episode Madeleine, Caitlin, Maddie, and Celia discuss the recent halt in publication for six of Dr Seuss’s books. Is cancel culture at it again? Or was it time to say goodbye? 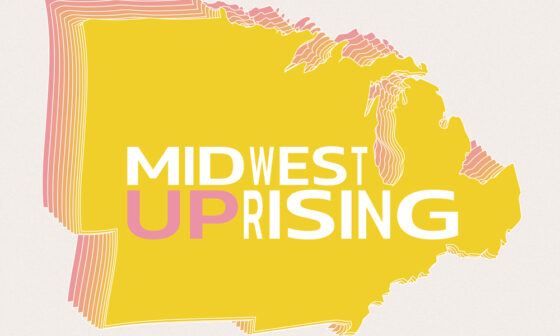 Read More
UUp in Flames
Introducing the weekly podcast, Midwest Uprising, where Cheyann Neades and Fatima Calderon Ceron chat with artists of color about their journeys in a region that is often overlooked.