Every Monday and Friday Urban Plains will be posting book reviews so viewers have a chance to read the rainbow. Every color has a theme and a book to fit that theme. This week we’ve chosen books all written by women, about women.

Gyms may be closed, but you can still get your blood pumping with this thriller.

I picked up this book after Barack Obama recommended it in 2017 and it has certainly become one of my most recommended reads. Combining stories from all over the world, The Power flips gender power dynamics on their heads.

Essentially overnight, women across the world gain the power of electricity that was once rumored in folklore. This power allows women to not only protect themselves and heal others, but also to attack and kill. Women now have physical power over men and become the dominant gender.

This book explores what it means to be a human with power by following five characters from different walks of life. Allie is a foster child who is one of the first to discover her powers when trying to protect herself from her abusive foster father. She ends up at a convent where she meets Roxy who is the daughter of a mob boss. Roxy’s power awakens while trying to protect her mother in a mob hit. Jocelyn is a teenager who discovers her powers early and is able to awaken it in her mother, Margot, a mayor and women’s rights advocate. Tunde is a freelance journalist sent to Saudi Arabia on assignment where he captures videos of women using their electricity powers in protest against their government. He is on the frontline of these changing power dynamics as women start seeking revenge for the wrongs done to them by men. These stories intertwine as the world changes and transforms, starting with the power in teenage girls.

Take a trip back in history with The Huntress, a historical novel with a twist.

Here are five classic novels that look at race in America: How do we get justice and not just vengeance? This is the question at the heart of Kate Quinn’s The Huntress. It takes place mainly five years after the end of World War II, as former British war correspondent Ian Graham chases Nazis who avoided punishment for war crimes. Regardless of how many arrests he makes, there is still no information on the notorious Huntress, who murdered Ian’s own brother and 9 children near the end of the war.

When former Soviet pilot and decorated war veteran Nina Marcova shows up looking for revenge against this same woman, the two are united in their goal, but divided on just about everything else. After they finally find a lead, they take their crusade across the Atlantic to a quiet neighborhood in Boston—the same neighborhood where a young Jordan McBride is happily living a quiet life, working at her widowed father’s antique shop but dreaming of being a world renown photographer. That is until Annalise Weber, a war widow with a four-year-old daughter, catches her father’s eye, and becomes Jordan’s new stepmother.

The story unfolds from there, catching the reader up in a thrilling investigation while providing depth to the characters through flashbacks and war stories. If there is one thing that made me absolutely rave about this book, it’s the descriptions of Nina Marcova’s time as a Night Witch, a purely female branch of the Soviet Air Force in WWII, known for relentlessly bombing Germans at night.

Kate Quinn succeeds in bringing a vivid and often overlooked aspect of WWII into the forefront of her story, all while balancing a post war manhunt and the dreams of a young Boston girl.

Yellow: Spineless: The Science of Jellyfish and the Art of Growing a Backbone – Juli Berwald

Haven’t seen the sun since pre-COVID 19? Get out and go Around the World with this book.

I originally picked up this book because the cover is beautiful. There’s something about jellyfish that just makes me happy. As you read through it, you find out it is more than just a book about jellies. It’s a book about growing up in a tumultuous world that doesn’t always go your way. Juli Berwald takes you along on her journey through life as she begins to rediscover her love for marine biology after spending years editing textbooks to pay the bills. She dives headfirst into jellyfish—studying them, raising them and even eating them. Join Berwald as she helps you fall in love with nature and warns readers about the dangerous effects of ocean acidification.

Give your neighbors some green, read these books from writers born in the Midwest.

She Said walks the reader through the Harvey Weinstein scandal from the journalists who worked to uncover it themselves. The book offers an in-depth and personal look into the courage, determination, and skillful journalism that took down one of Hollywood’s biggest names. Co-writer Megan Twohey was born in Evanston, IL but went on to become an American Pulitzer Prize-winning journalist with The New York Times. Jodi Kantor is also an American Pulitzer Prize-winning journalist and New York Times correspondent.

Feeling blue? So are poets, like all the time. While you’re stuck in quarantine, try reading poetry as an outlet. Poetry collections like Vickie Vertiz’s Palm Frond With Its Throat Cut take on issues like race, gender, and relationships through daring verse.

The first thing I noticed in Vertiz’s poems was space. She uses space in the structure of her poems to literally make the audience read between the lines. Throughout the book, this theme of space is connected to the relationships she has. When I read some of these spatially-active poems, I imagine her speaking them slowly and introspectively—the way someone does when they’re in therapy and slowly start to make realizations as they speak. She uses it to surprise us in a similar way that line breaks do.

One of my favorites is from the poem, “Honeymoon” (see below).

I think they’re also often meant to represent the space she can feel as a Latina. The writer purposefully uses code-switching throughout the collection. Some poems are entirely in Spanish. If you don’t understand it, Vertiz wants you to look it up. Take the time to bridge the gap between cultures instead of treading over it.

My personal favorite poem in the book was, “Girl with Ink and Horseshoes”. Vertiz said to hell with the rules for this poem. She used rhyme and alliteration chaotically, but it worked. One of the best lines was, “I don’t like fallin’ / I like maulin’”. The way I read this poem was a resistance to feminine expectations. Vertiz isn’t afraid to show her sharper sides. Femininity isn’t sugar and spice and everything nice, women can have “sharp shoulders” and sing “maudlin songs”.

Purple people eaters and other fantasies.

Not all mythical beasts come out perfect, and in no story is that more clear than Dragon Keeper by Robin Hobb. The story focuses on a group of newly hatched, yet badly deformed dragons, unable to fly and stuck on the same muddy river bank where they hatched. The Rain Wilds, a sprawling overgrown rainforest, is an inhospitable place for such a hungry brood, and the people were getting tired of feeding them. They decide the hatchling dragons will be sent upriver with the least desirable young people of the Rain Wilds, those most deformed by the acid rains, to an ancient city called Kelsingra.

We follow Thymara, a young girl with claws and scales most believe shouldn’t have been allowed to live, Leftrin, a riverboat captain sent along to supply and transport the keepers as they care for their dragons, and Alise Kincarron, the foremost scholar on dragon lore who until now has had a quiet life of study as a merchant’s wife. These three, as well as a dozen other keepers and the 14 surviving dragons are sent up river in an attempt to find the dragon’s ancestral home.

Where Robin Hobb excels more than any other author I’ve come across is the sheer reality and human-ness of her characters. They love, hurt, dwell, and berate themselves. You are there along the way, trapped in a loveless marriage with Alice, scorned and hated with Thymara, or practically trying to do a job with Leftrin. The interpersonal conflict is well developed and adult, people are free of societal scorn but still wrapped up in the world they left behind. If you’re looking for an engrossing, challenging, but ultimately uplifting book I would highly recommend The Dragon Keeper.

Midwest and the Rest: Joe and Yinka 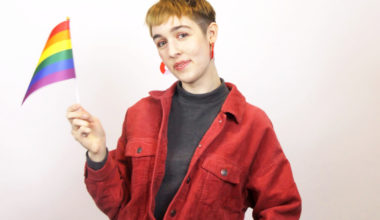 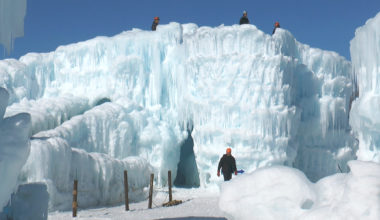 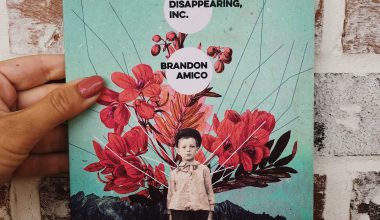 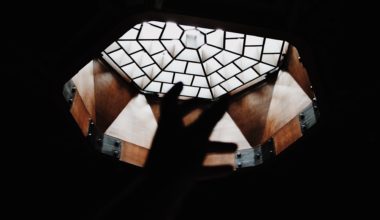 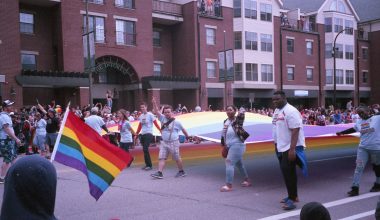 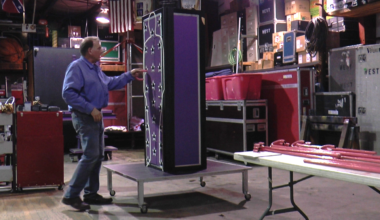